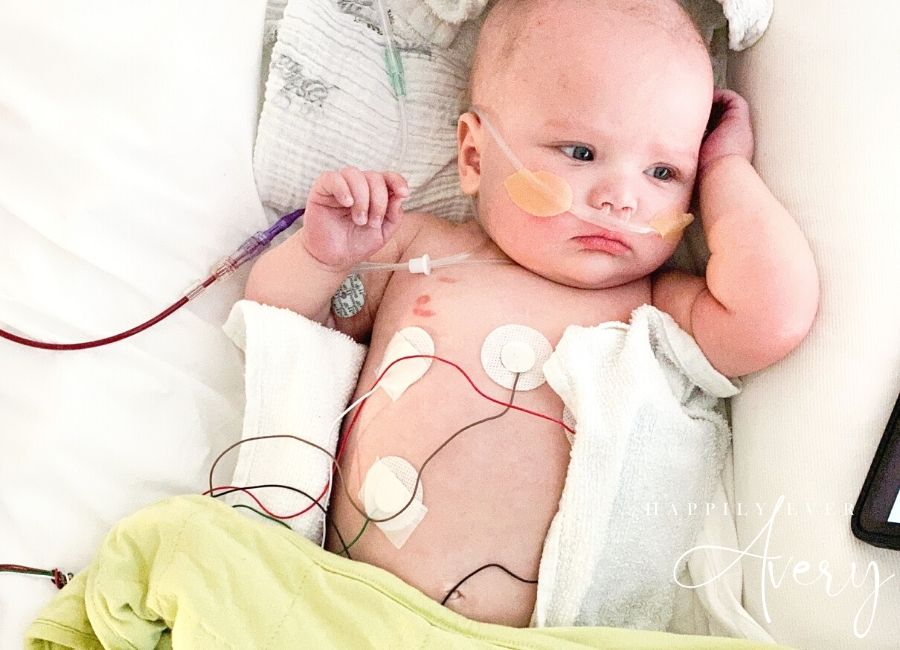 Around 2am, her respirations, heart rate, and O2 levels were all over the place.

A chest x-ray showed no sign of fluid or infection in her lungs, so we believe it’s from the fever.

But, in order to help her little body not fight so hard, they started supplemental oxygen.

We tried taking it off this morning, but her levels began falling again as her fever spiked, so it’s back on now.

She’s on the lowest O2 setting, so that may go up later if her numbers stay low.

She also received blood overnight due to low hemoglobin.

The hope was that the new blood would bring oxygen to her as well as, being cold as it went in, could help bring her temperature down a bit too.

This moment of her being awake was just after the blood finished.

She’s mainly just uncomfortable after being in bed for days, cold with chills, and exhausted from the fever.

But, in true Avery form, she’s being a champ.

She hasn’t been crying. A small moan every great once in a while.

She’s fighting with the nose cannula. She’s not a fan.

She’ll hold your hand when you’re bedside, and even open her eyes for a minute or two to acknowledge you.

But that makes okay. She’s fighting a pretty big battle right now and needs all the rest she can get. 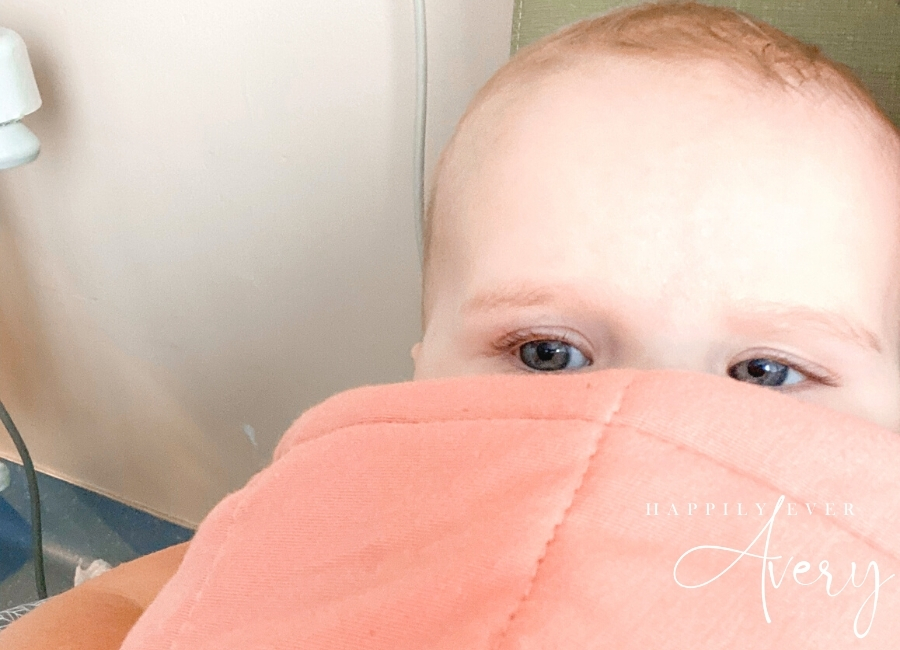 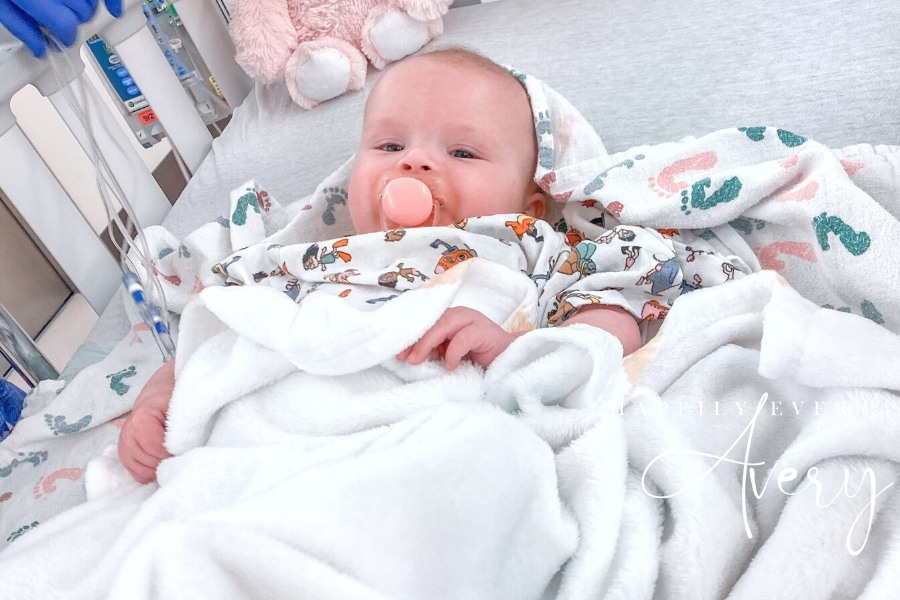 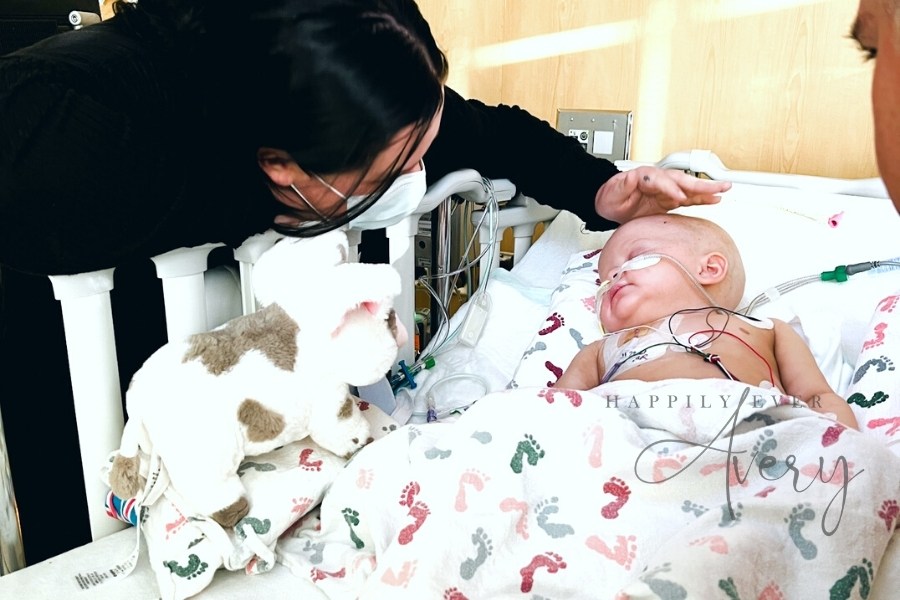 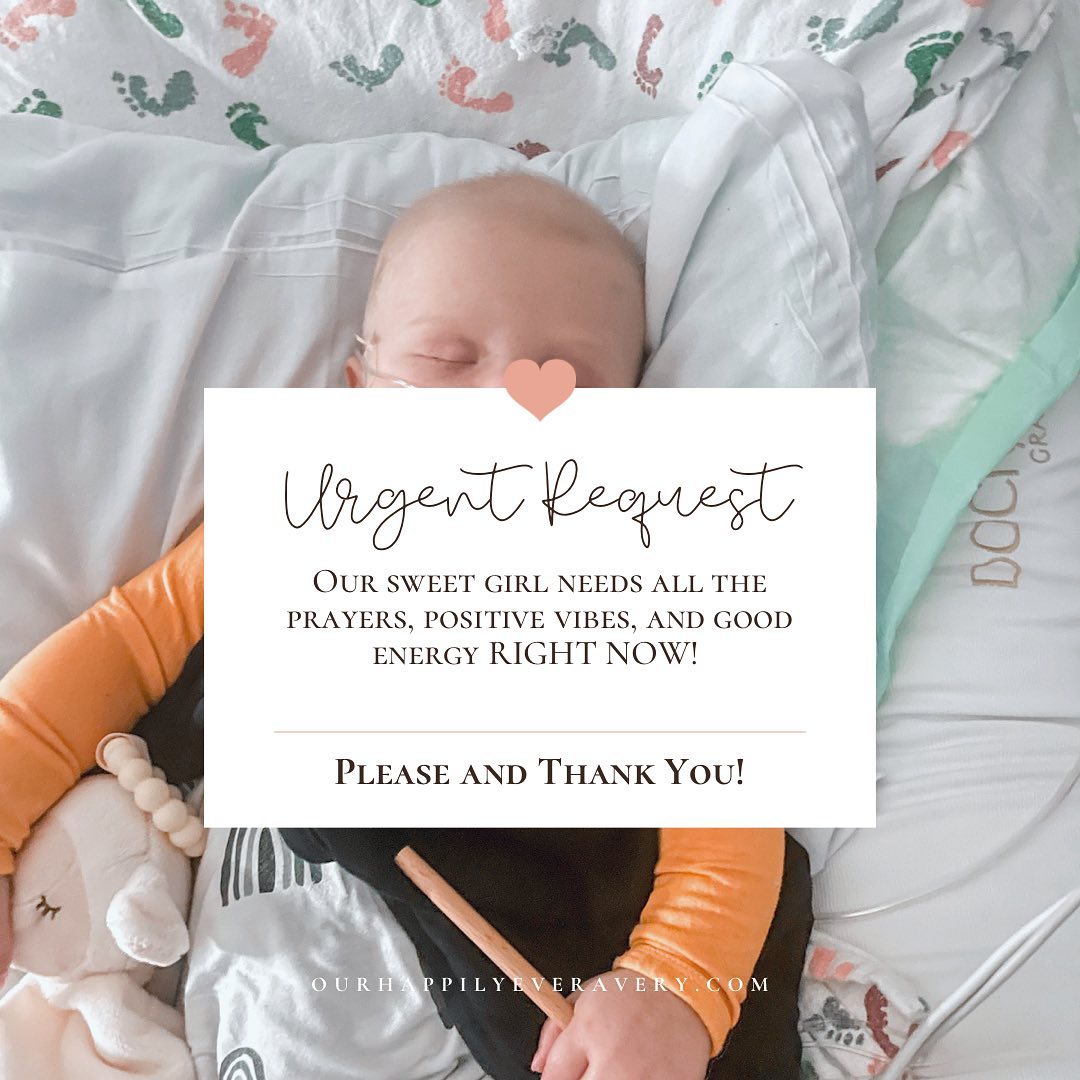 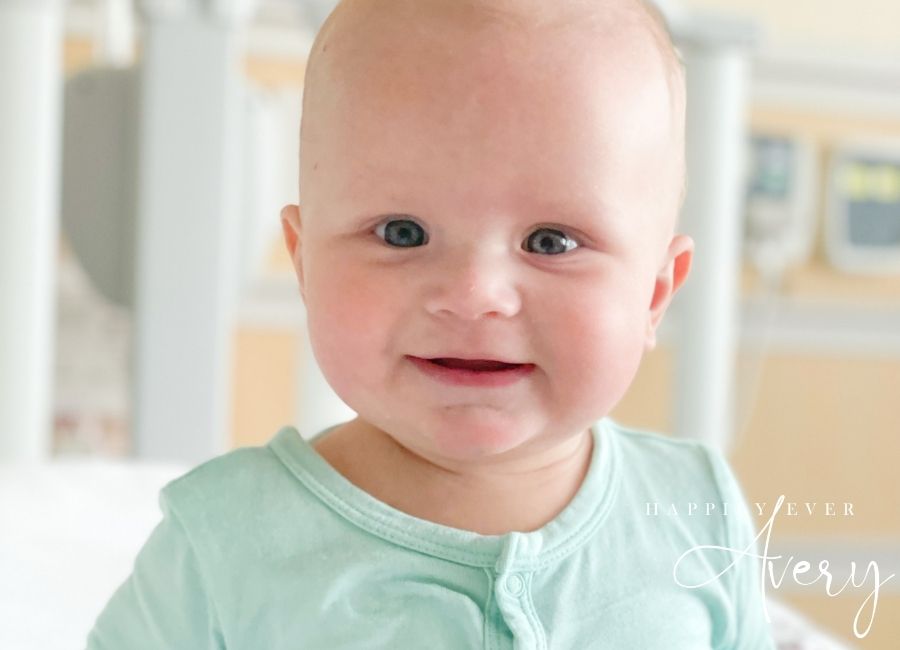